I first published the following query in a closed discussion forum for CIS 125/LAW 613 (Technology & Policy) at Penn Law. It is reposted here with minor edits.

Understanding the layers of the Internet (TCP/IP, etc) helps us to think about Internet governance in terms of allocating scarce resources, such as IP addresses and domain names. There is another layer to regulating the Internet that has little to do with scarcity or technical concerns: content on the World Wide Web. While people around the world effectively must agree to the same technical standards and the same mechanisms of allocating scarce resources in order for the Internet to function, there seems to be disagreement on which laws relating to speech and content apply, the geographic boundaries (if any) within which they apply, and to what extent foreign entities must comply. These concerns are obvious when we talk about the “Great Firewall of China”, highlighted by Google’s pull-out from mainland China, but less so evident when talking about countries that don’t use technical measures to censor citizens’ Web access.

This week, the issue became topical when Russia’s media/telecom regulator clarified existing rules on use of an individual’s image, seeming to outlaw certain forms of the Internet phenomenon known as memes.[1] The clarification came on the heels of a Russian court ruling in favour of a singer whose likeness was used without his permission in various Internet memes, some of which were unflattering. According to the Roskomnadzor—the agency that issued the clarification—as reported by the Washington Post, it is illegal in Russia to depict a public figure in a way that is unrelated to their “personality”, whatever that should mean. As expected, American media quickly seized on this act as part of a broader effort to control dialogue on the Web, at least within the Web as seen in Russia; noncompliance with the agency’s rules can result in a website being blacklisted in all of Russia.[2]

Setting aside any immediate visceral reaction that categorizes this as censorship, we might pause to consider Roskomnadzor’s justification, which pointed to the offence to celebrities’ “honor, dignity and business.”[3] But this is not some novel argument to protect celebrities at the expense of open expression; after all, even US law, which is weaker than European regimes that acknowledge a dignitary right in privacy, protects one’s likeness and privacy to some extent in tort, for very similar reasons.[4] And even if we disagree with the application of this principle in the agency’s rule, protecting individuals’ privacy and identity is still a legitimate state interest.

The real question, I think, is not whether Russia’s rule accomplishes the right balance of priorities, between privacy/control-of-likeness and open expression. After all, the extent to which the rule can even be enforced is dubious. (It would be a waste of resources for the Russian government to go after every meme of Putin on horseback.)

The much more interesting question for us is, to what extent should geopolitical nations be able to control content on the global Web according to their own sovereign laws? Moreover, given the borderless (by default) accessibility of websites and the diverse origins of Web publishers, is it reasonable to burden companies across the world with the task and cost of complying with a patchwork of nation-by-nation rules and judicial orders lest they allow their site to go dark in Pakistan or Russia or China?

In other contexts, like inconsistent cybersecurity laws across US states, companies have found it easiest to follow the strictest set of rules, hence simplifying their task. Maybe an image host like 9gag, catering to meme-makers, would find it technically easiest to comply with these inconsistent rules by deleting content whenever any nation complains. But then free speech everywhere is constrained to the narrowest rules among jurisdictions, so this is an unacceptable outcome. What is the alternative? Does the company have to add technical complexity to its systems to block Russian visitors only from accessing a picture of Putin? Isn’t this option economically inefficient?

Looking to a historical example, even a company that wants to stand up for human rights and free speech principles might find a weighty cost of defiance. In 2010, Google withdrew from operating the mainland Chinese edition of its search engine so as to relieve itself of the burden of obeying mainland Chinese regulations.[5] Reportedly frustrated with complying with strict censorship, and probably having small market share in the shadow of China’s Baidu, Google decided to redirect all mainland Chinese visitors to its Hong Kong edition, which operates under more lax rules. The cost of doing so? Losing relevance in the Chinese market.[6]

Many other companies lacking Google’s backbone and cash would likely roll over when requested to avoid losing their audience. Does this give too much influence to countries like the United States, China, and the UK, over what citizens can see on the Web? Is the Web any better under the rules of the superpowers than under the patchwork of nation-by-nation restrictions on free speech? 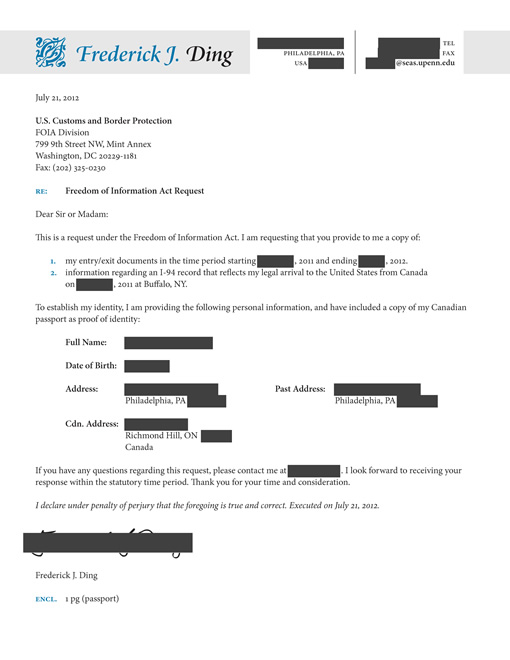