It’s generally an honour to be appointed to serve as the head of a federal agency. After the revelation this morning that President-elect Trump will nominate a S&C partner to head the Securities and Exchange Commission, the whole law firm’s website appears to be down because of the increased interest: 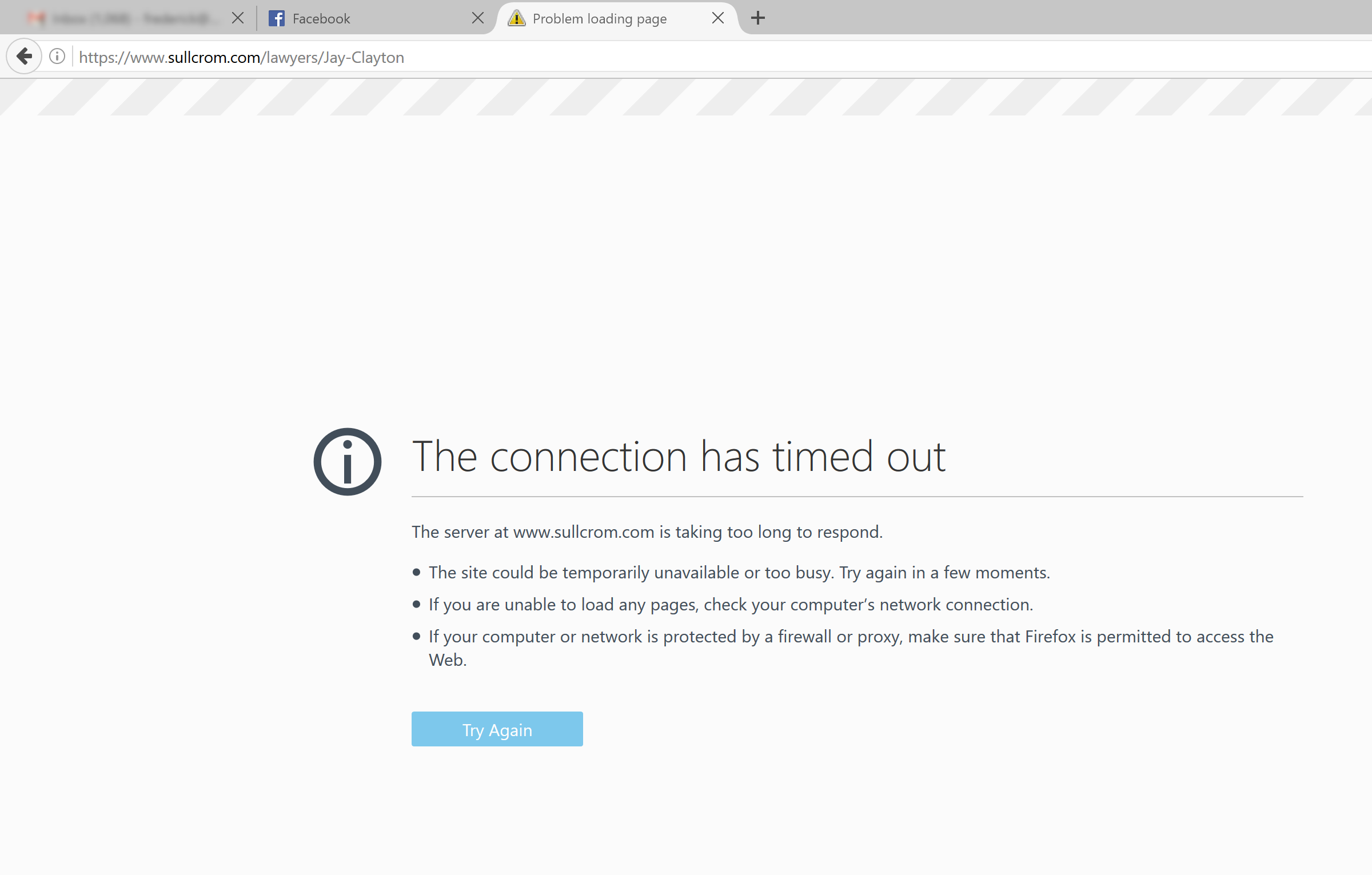 Terrorism is salient and graphic. Wars abroad are visible — at least imaginable. Justifying trillions in spending on fighting threats that can be exaggerated is easy when triggering fear in the population is as easy as reporting a claim without evidence; even more so when all Americans feel like it’s a threat they face.

But death from lack of access to medicine isn’t the kind of problem that privileged lawmakers and the people with power and influence tend to encounter, except, perhaps, the doctors and health economists who see it most vividly.

Quotation above from The Healing of America, by T.R. Reid. Required reading for HCMG 850.

It’s ridiculously easy to get back into Canada from the United States, it seems, especially for a Canadian citizen.

“Where do you live?
“What were you doing in the States?
“What are you bringing with you?
“Any alcohol, tobacco, or controlled substances?
“Any weapons or firearms?”

Meanwhile, the guy is processing my passport in a reader. The whole interaction was under 20 seconds. Efficient enough, it seems.

When I entered the US on F-1 status, on the other hand, baggage had to go through an X-ray machine, questions were asked about fresh produce (why does that even matter), officers grilled other people for a long time, and the overall trip time gained about two hours from the border.

I don’t think there’s any difference in effective border safety/security on the two sides of this bridge. Earlier, Angus told reporters the public has just three days to comment on a proposed regulatory change at the CRTC that would ease standards for radio and TV networks in terms of broadcasting false or misleading news.

A motion by Angus to have the Commons committee on Canadian heritage call witnesses and study the proposed changes passed late Monday. Witnesses may be called as early as next week.

Under the proposed changes, licence-holders would have more latitude in their reporting as long as comments do not directly put human life in danger.

Broadcasters would face penalties if it could be proved the licence-holder had prior knowledge that information was inaccurate.

“It seems astounding that the CRTC would consider such a move at a time when we see the growing backlash in the United States to the poisoned levels of political discord in the American media,” he said, referring to the debate over what might have influenced someone to shoot U.S. Congresswoman Gabrielle Giffords and 18 others in Tucson last month.

“In the wake of the Arizona shootings, it seems especially insensitive to suggest that we should lower the bar on media obligations as long as no one is directly threatened or killed.”

Read more of this article at cbc.ca

5. (1) A licensee shall not broadcast
(d) any false or misleading news.

5. (1) A licensee shall not broadcast
(d) any news that the licensee knows is false or misleading and that endangers or is likely to endanger the lives, health or safety of the public.

Posted via email from Frederick’s posterous